Jupyter Lab is the next-generation web-based user interface for Jupyter project. I first encountered The Jupyter project back when it was know as IPython notebooks and used it for hacking on python projects.

I was pleasantly surprised to learn that the Jupyter project also supports kernels other than Python with Ruby being one of them. This post covers installing the iRuby kernel for use with Jupyter Notebooks.

For reference the following software will be used in this post.

Create a ruby environment and install iRuby and its dependencies.

Your browser will open, select the Ruby Kernel notebook. 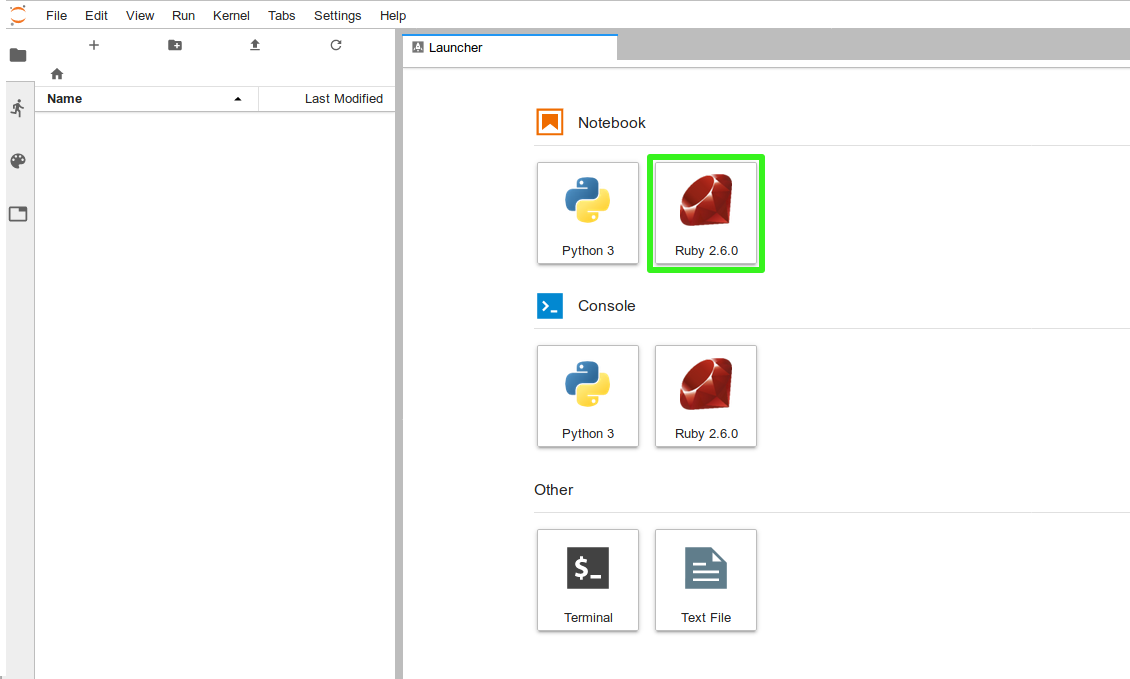 Ruby does not have a nice interactive terminal, it has IRB which is very bare bones and does not have a great user experience. Using Jupyter Lab with a Ruby kernel is a nice way to hack on a Ruby project with a user friendly interface.

Update: Ruby does have pry which is very nice alternative to IRB.