I recently upgraded my Dell XPS (9560) to Ubuntu 1804 LTS from 1604 and I ran into a few issues along the way. This post may help others so I am documenting it here.

Note
I went on an adventure and tried out OpenSUSE15 as my daily OS. That didnt pan out mainly due to some software I rely on not being well supported so I moved back to Ubuntu. I have updated this post with additional info based on my re-install on 2018-12-19.

Prior to installing Ubuntu 1604 I upgraded the BIOS from Windows 10. Also in the BIOS settings I disabled secure boot and changed the SATA option from RAID to AHCI. If you are following along but doing a fresh install of Ubuntu 1804 over the top of Windows you may need to also do this.

I backup my important folders to my NAS using Deja Dup. I also decided to backup my hard drive to an external 2TB USB drive prior to upgrading. I am glad I did this as I could NOT restore my Deja Dup backup in Ubuntu 1804.

One of the reasons I chose a Dell laptop was that Dell sell an Ubuntu edition XPS so I hoped there would be good support for hardware within the linux ecosystem. Everything did work out of the box but I still did face some issues that I had to work around.

This laptop has been a bit of a dud. I am not sure if I got a lemon, but based on feedback from others I know that have the same model they have a lot of hardware issues. In addition to the bluetooth issue documented below, I have had the screen replaced as it was coming out of the housing. One of the speakers stopped working, the battery started to swell pushing the touch pad up and making it unusable. This also caused the speakers to become unplugged. These keys ~ f1 f2 also stopped working so the keyboard was replaced. Considering this laptop is only 18 months old that is a lot of failures for an expensive $3K+ laptop. Thankfully Dell fixed all of these issues under warranty.

My laptop came with a Killer wireless card which is absolute rubbish. My bluetooth adapter would occasionally dropout and be undetectable by the operating system. This was also an issue in Windows 10 so I know it was not related to Ubuntu specifically. The web is littered the complaints from people about these P.O.S cards. The only way to get it back was to reboot but sometimes this was not enough and I had to go into the BIOS and disable/re-enable the bluetooth to bring it back to life.

After upgrading to 1804 the bluetooth was dropping every other day and sometimes daily so I replaced the card with a Intel 8265 wireless card. It cost about $30 delivered and took 20 minutes of effort, I have not had any issues related to bluetooth dropouts since. My fingers are crossed that this issue is now put to bed.

I opted for a fresh install of 1804 rather than upgrade directly from 1604. To install I needed to boot into the live environment and install from there. Installing directly did not work. Installing from the live environment seemed to go ahead without issues. I installed the minimal version of 1804 which I was thankful for as it saved me from having to uninstall all the apps I don't use like the Libre office suite etc..

Note
If booting into the live CD does not work you can also enable nomodeset in the grub config. Press e key during boot and add nomodeset to the end of the line starting with linux but before the ---

Once the installation was completed there was a problem with logging in. After entering my username and password the screen would go black and the system was unusable. The solution was to install the Nvidia drivers which I declined to do as part of the install due to my coloured history with the Nvidia drivers.

To install the Nvidia drivers switch to the terminal with the ctrl + alt + f2 keyboard combination from the login screen.

Next update the grub config adding the acpi=force to the GRUB_CMDLINE_LINUX="" line.

Update the change to the grub config.

Now reboot the system for the changes to take effect.

After installing the Nvidia drivers I could now login and use the system.

The first thing I noticed was the fans where running at full tilt all the time. This was very annoying. The battery life is also very dismal when using the default settings so some adjustments are required to suit laptop use rather than desktop use. To be fair this was also an issue with 1604.

These adjustments don't survive a reboot so create a service to start on boot.

Start and enable the powertop service.

Finally change the Nvidia video card settings to use the Intel integrated graphics only in power saving mode in the Nvidia control panel. I run Windows 10 on an external USB 3 SSD drive for gaming so I have no use for the NVidia video card in Linux, YMMV.

Failure To Resume From Suspend

Putting the laptop into suspend would cause the laptop to lock up and it was not possible to bring it out of a suspended state. Sometimes the fans would also turn on to full speed during this state indicating that it was not actually suspending at all. Some further adjustments to the Nvidia settings where required to fix this issue.

The default Ubuntu theme is pretty bland IMHO and I use gnome-tweak-tools to adjust some of the settings. First I installed the Any Bloody Slim theme. Next I installed the PopOS theme that is provided by System76.

I use Gnome Tweaks to set the Application theme to Ant Bloody Slim and the Cursors and Icons themes to PopOS. Combine this with the Gnome dark theme and a nice background and IMO this results in a very pleasing to look at and use desktop environment. 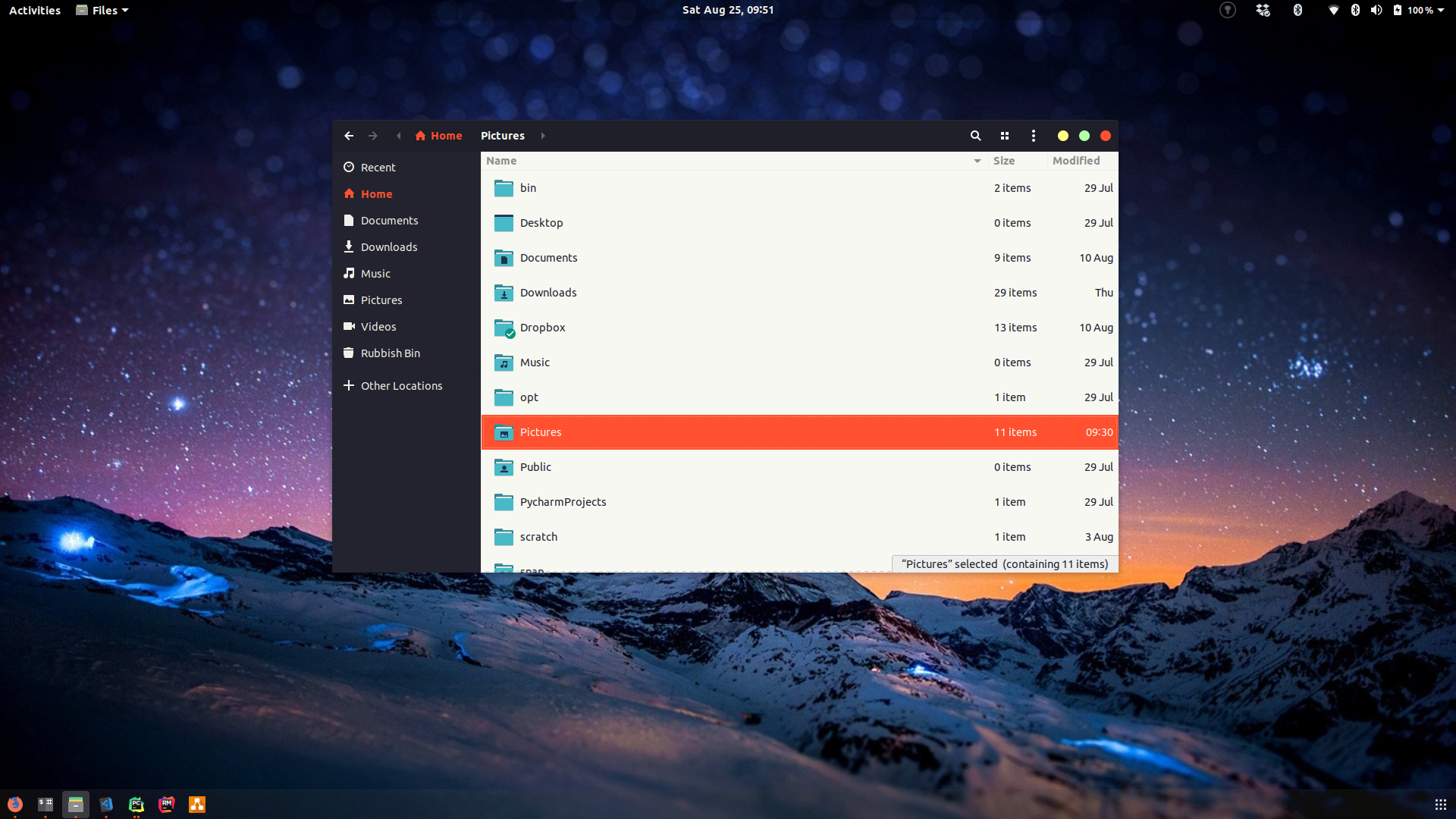 The following are a list of the core applications that I use.

I use the Hurtado theme for Tilix which can be found here. 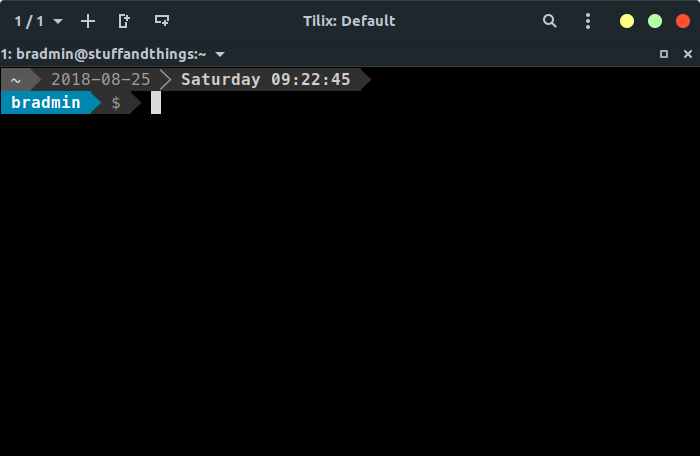 Enpass can be joined to Dropbox and passwords synced across multiple devices.

I also use Enpass, Privacy Badger and Add Block Plus Firefox plugins.

Would I recommend a Dell XPS ? Definitely not. Would I buy one again ? Maybe in the future, but I would also feel compelled to purchase the extended Warranty if I wanted to get 3 years out of it. In reality my next laptop will likely be the Lenovo X1 carbon.